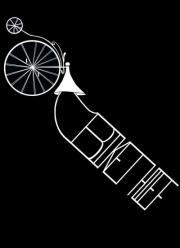 A funky little basement show in an art studio. Dim red lighting, the low ceiling draped with white christmas lights. A low stage, large canvasses leaning against every wall. I can’t help but think, at times like these, of Greenwich Village in the late ’50s and early ’60s – cafe’s and loft spaces popping off with illuminated poetry, archaic revivals. Scholasticism and heated debate. You never know who around you could be the new Jeff Mangum, the next Bob Dylan; its a form of nostalgia, sure, but it collapses into the future, and you are left living yr life. In yr own place, in yr own time. Its a form of appreciation. Life is pregnant with possibility.

It was with great delight and mild curiosity that i received a message from Bike Thief‘s Febian Perez, asking my band to play a show at this hidden art space. Unfortunately, my musical partner in crime couldn’t make it, but i was still stoked to play in the NE for a change, and excited to play in a hidden place, for true believers. Meta Pinnacle’s music withers under the cold light of scepticism. Our music is not flashy, we are not here to impress. But when the mood is right, you can reach the current, something raw and real can come through.

Now this review opens up an interesting avenue of investigation, which i’ve hinted at in previous posts: the author as musician, promoter, fanatic, fan. I got into going to shows, and writing about music, as a reason to be around musicians as often as possible, to learn the craft, and find opportunities to learn and play. Many have wanted me to feign objectivity, but i cannot. I am not authority, no WikiPedia; i have been having a subjective experience with musical obsession for 14 years. I have learned much along the way, most importantly how to write and how to play. Following the rabbit hole has led to further and further rungs of mystery and wonder; dusty obscurity, and wide-eyed insecurity. Things raw and funky and home-spun and brilliant. It allows one the opportunity to see something being born, something fantastic. Moments of inspiration, visions of serene and timeless joy.

This particular night, everyone got three songs. Short, sweet, concise. Everyone pulled their best stops, not a bum note anywhere. Most were relatively anonymous, solitary singer/songwriters, except for Bike Thief.

They hail from Texas, but live here now. An instrumental five piece, acoustic and electric guitars sculpting six-string symphonies, that sound like Sergio Leone with a hang-over. Post-apocylptic folk music, revolutionary romance, dancing in the issues. This is our gypsy rebellion, and any revolution without dancing is not worth taking part in. Off their stage, their personalities could be bright and brash, cocky but devoted to bringing these dusty melodies into the light of the day. In short, i was equipped to not like them, and liked them very much indeed. Febian filled out the skeletons of the songs with beautiful and unique acoustic subtleties, picked and pinched and precise. Symphonic, the best genetics of the post-rock virus. Grand windswept inner visions, sometimes you can say more without words. This band is new, and seem to have their shit together. Anybody that likes Dirty Three, Explosions in the Sky, perhaps Pelican, take heed. Their tone is honed, and the wheels are starting to grind. Get in on the ground floor…

Doug + Kerry were good friends; she, an eccentric survivor, thriving on art with bright honest eyes; Doug, an ex-conductor from New York City, he’d been a bassist for over 50 years. He had just received his cello back from New York, earlier in the day. Together, wearing construction paper stars and glittery robes, he played cello while they sang seven verses of ‘Twinkle, Twinkle Little Star’ in counterpoint. It sounds totally twee, but it was delivered like choral music, the cello providing the sparsest of lines, while their voices bent like rusted anenome in the air. The beauty of microtonal possibility. If yr not a person who enjoys sitting in darkly lit art galleries and listening to sounds, you would’ve hated this. But for those who would be sitting around listening to, or making music, anyway, these moments are like Shaker services. A window opens unto the world, and the gloom of skepticism withers into dust. It was clear that Doug and Kerry loved singing together, the world vanished as they played, never missing a beat even when Doug’s cello slipped a string, or words were misplaced. They sang by headlamp, they sang with heavenly harmonies. This was music from survivors of the maelstrom; they would not say what hardship brought them together, but they glowed like Saints.

The briefest moment of this revelation, the inclusiveness of a bunch of musicians getting together in a basement to weave their magick, can be transformative. Its like that moment in the ’70s when everyone heard the Sex Pistols for the first time, and immediately splintered off into their own bands. Here in Portland, the artists and the promoters and the audience are all together. The fourth wall has been breached. If you know creative types, you’ll almost begin making music by default, sucked into the scene. Its very distinctive to this place, and its part of the reason why writing about the intricacies of being a music fanatic here is vital. Its a very special place, its a very special time. The world is changing, i am changing. You are changing. We are open to it, open to new ideas. Its empowering and its terrifying and its grandiose. To be young in this Sept., in the autumn twilight, is to be alive and appreciative to one’s own life, and all of the treasures of the past come spilling out into our lives. We are brilliant and flawed, dreaming up the future. Murky and nocturnal, it comes crawling into the daylight. Let’s be ourselves, and dream our finest dreams.

Bike Thief & Cove are playing together again tonight, at the Kenton Club. Here’s yr chance to find out for yrselves.

This entry was posted on September 27, 2012 by forestpunk in live - evil, Uncategorized.