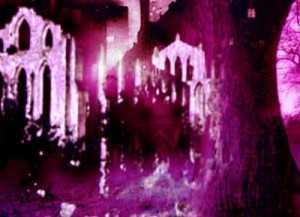 fall out of time

step into the spectral disco

The American version of hauntology is light years away from the Hammer Horror/Penguin Paperback/Radiophonic Workshop British doppelganger. Oftentimes referred to as ‘hypnagogic pop’, this music evokes the sensation of listening to late ’70s/early ’80s pop music through thin walls, as one drifts off to sleep in childhood. This is the whimsy, nostalgia, and twisted innocence of a generation growing up with ‘hip’ parents. The Carpenters, ABBA, Sandi Patti, Madonna, and Keith Emerson are all patron saints, as filtered through modern miscreants like Ariel Pink, R. Stevie Moore (whom Lake has toured with), The Skaters/James Ferraro/Spencer Clarke and their millions of offshoots. Of course, all of these sound wildly different from each other, so its difficult to pin down a central aesthetic or sound, and forced to rely on that philosophical/scientific bogey, a feeling.

Lake, a quintet of multi-instrumentalists from Olympia and Whidby Island, Washington, make late ‘70s AM gold, by way of Beat Happening, Young Marble Giants, or Le Tigre. Funky basslines, Fender Rhodes, vaseline-smeared vocal harmonies; the spell is complete, the mood is never broken. Lake transport you to a neverwhen, like the Kinks’ Village Green Preservation Society, somewhere between 1979 – 1986. It’ll make you feel like spinning on roller skates beneath a disco ball in slow motion. It’ll make you feel like the first time you made out. Don’t think Lake’s music is all sugary sweet dancefloor abandon (although you’ll get plenty of that); all the musicians in Lake are serious musicians, playing in countless multitudes of side projects, solo ventures, and collaborations. Its just that when they get together, they just want to have a good time; they want to make sounds that sound good.

Circular Doorway, is noteworthy for several reasons. One, this is the first album they’ve made since the departure of Lindsey Schief (the L in LAKE).  The second reason is that record was made collaboratively, in the studio, during a 6-day stint at THE UNKNOWN, in Anacortes, Wa. Ashley & Eli are the resident married couple in the band, who produce the lion’s share of the ‘songs’, who then bring them to the band, for completion. They had been living on a semi-remote island in Washington, but decided to move back to Olympia to actively rehearse the songs for their upcoming K RECORDS release, The World Is Real (out on 9.17), and Circular Doorway serves as a distillation of an era; a band coming together, working together – the sound of rediscovery, art and adventure.

Circular Doorway is quick, intuitive, heartfelt, of the moment. For the new K Records album, LAKE meticulously digitally sculpted the sounds, textures and ambiance, and Circular Doorway is that records analog shadow, capturing the glowing magick of mood and improvisation. The Unknown is an old church, with a vaulted ceiling and wooden floors, and the airy roomsound is lovingly captured on these 10 songs (courtesy of Nicholas Wilbur and produced by Karl Blau). There’s tons of instrumental flourishes – glockenspiel, reed organ,  saxophone, layered guitars that border on post-rock – that will keep you coming back for more, that will make this the lazy hammock record for the remainder of yr summer.

‘No Wonder I’, with its afro-caribbean clave and beautifully surreal lyrics, was tagged as the standout single (which can be had digitally). It’s BMO’s favorite song, and perhaps it will be yrs as well.

In many ways, LAKE are the quintessential Pacific Northwestern band. Until recently, they were gender-balanced; their songs are about natural beauty, home, and community; they switch instruments; they collaborate and work independently. Its less like a brand, more like a snapshot of a community at work. They remind us that the United States’ Pacific Northwest, and the art that comes from it, are truly something special. Let LAKE introduce you to a world of berries, ponds, rivers, beavers, owls, beautifully talented musicians, houses full of friendly supportive people. Its what i came out here to find, and found it i have, in spades.

I’m very very excited to be getting back into music from the psychic realm that i inhabit, and i am thrilled beyond measure to share some of the staggering sounds i have been hearing.