B Music Mix… In Support Of Living Dead Magazine 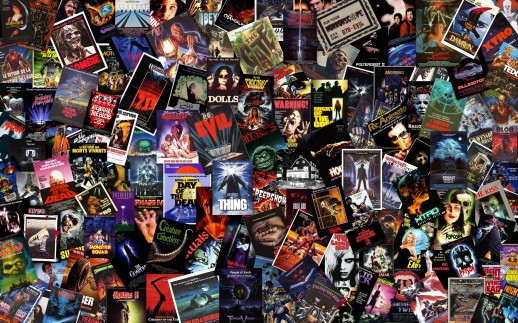 Its been a while since we’ve posted anything in our Horrorscores series, but we remain as bloodthirsty for the genre as ever. Horror movies and horror soundtracks remain one of our most favorite genres, as their pitch black mood is perfect for evoking infernal splendour and occult mysteries. These soundtracks are ripe to be pillaged for darkside rappers and antisocial dark ambient, industrial and noise musicians, all genres that we adore and support wholeheartedly.

This is a mix i put together for a lovely publication called Living Dead Magazine. I am going to be the Master Of Things That Go Bump In The Night, writing about haunted places and urban legends for them. If it gets off the ground. See, it takes a lot to get a magazine into print and distributed nationally, and these folks are working their tails off, promoting a KickStarter campaign, and this is my meager contribution to the effort.

Living Dead Magazine will be focusing on the B-Movie, Camp and Sleaze end of the Horror spectrum, rocking an old school, late-night vibe that is making horror fun again. They’ve done an Elvira photo shoot and have a horror fashion spread. They are passionate, with a slick graphic sensibility and creative ideas about new spins on the old dead stories.

Why does the world need another horror magazine, you might ask? Well, for my initial article for the magazine, i uncovered the urban legend of Cropsey, from Staten Island, NY. My investigations ended up leading me to the Willowbrook State School, on said Island, and sent me off on a tangent researching mental health care in the United States (and everywhere), and i realized that this is something that i care deeply about, and want to know more about. The schlockiest of spook stories (the killer with a hook for a hand that stalks campers in the woods) led to real life Monsters. Horror raises difficult questions, and looks at things no one else will talk about. The genre remains vital, so any and every angle is appreciated. Living Dead’s core team’s commitment, and excellent quality, is inspiring, and it makes me want to pitch in and do anything i can.

This mix is entirely music from Horror films, either scores or songs contained within. There’s some classic John Carpenter/Alan Howarth fare, some Wicker Man, SSQ’s brilliant ‘Anonymous’ (that i hope to cover one day), brought to my attention from Ti West’s Beyond The Black Rainbow. The Sneaker Pimps meet the Wicker Man in a weird warbly wooded glen, splicing together How Do from Becoming X with Paul Giovanni’s original Willow’s Song, from The Wicker Man soundtrack. Finally, there’s an exclusive dessicant remix of Rick Wakeman’s epic theme song from 1981’s The Burning, incidentally also based on the Cropsey urban legend (and one of the famed 72 video nasties). The mix is also complete with smatterings of movie dialogue, in an old school radio/hip hop mixtape fashion. A lot of time and energy went into this project, and it’s one of the more evolved creations i’ve made so far, so i hope ya dig it like fresh corpses.

Please consider supporting Living Dead Magazine’s KickStarter, to see this macabre vision greet the light of day. If you don’t have bucks (or pounds, or yen), please re-post, re-send, forward, plagiarize, photocopy, or give support in any way you can. There’s 2 weeks left!