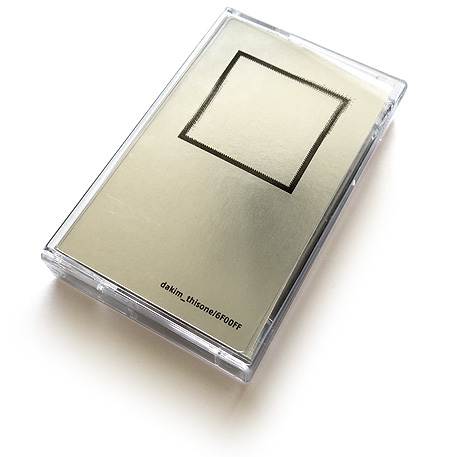 I have a suspicion that many of you out there are in the same boat that i am. I have a laptop, Ableton Live, and the entirety of recorded History of my fingertips. So a lot of this blog boils down to SAMPLES: where to find them, what they are, and what to do with them when you get them. I spent a good deal of time on Slicethepie.com last night, trying to earn a few dollars, with rent around the corner, which means that i heard a fair deal of mainstream hip-hop, both decent and abyssmal, but it got me thinking of form and structure, and the future of every kind of electronic music.

Forestpunk began with a very simple & clear purpose: to become the greatest living musician & producer, and along the way become the greatest music journalist and cultural critic. I am, for the large part, entirely self taught. I had two years of music & sound engineering school before running out of money & being thrust into the indie void, beyond the outer darkness. I was creatively frustrated for several years, due to overthinking and lack of proper equipment. It is only in the last 3 years have i cobbled together some half-ass recoding equipment, and this work began in earnest. So i did what i imagine a lot of you are doing: i analyze and deconstruct existing art, the great and the small, to get ideas, to seek inspiration.

With the ubiquity of the quantized grid, with the popularity of DAWs like Ableton or Logic or Reason, there is a danger of a mechanistic music of the future, merely churning out variations of forms and formula. “This is my electro track. Do you like my electro track?”. An 8 bar intro, a verse, another verse, a breakdown… we’ve all heard these things a billion and one times. What makes a song special is the hand of the creator, something personal and soulful, that only that person can make. This is the only thing that will save us from a future of mediocrity, of rehashing established forms, and reliving past revolutions.

So we need revolutionaries and iconoclasts. We need things handmade, personal and heartfelt. On 6F00FF (which is the code for purple), Dakim breaks the bonds of the quantized grid to shuffle and gallop and swoon, pushing instrumental hip hop galaxies beyond the thuggist 1 & 3 & kick pattern we’ve heard a billion times. Dakim’s not making Fat Boys tracks: he’s constructing ecosystems of shuddering drums and prismatic organs with his MPC. He shatters the diamond fine razor wire of 1/32nd notes with that rarest of essence: musical instinct & soul.

This movement towards & interest in raw, handmade analog electronics suggests we are all looking the shatter the grid. We are looking for that nameless magick we all felt when we first heard music-that thrill of getting yr first sequencer or sampler, that feeling that the world is our instrument, that the universe is sound, waiting to be sculpted by our clayworking fingers.

Although there will be a billion subtitles for this blog by the time it’s all said and done (which is never, the forest goes on forever), one of them could be Where To Find Samples, and What To Do With Them When You Get Them. Each sample has it’s own world, it’s own soul or aura, as does every way of organizing them. Every genre has it’s ethos-it says something about it’s creator. Are you hip-hop? Industrial? By understanding these genres, as well as the essence of our source material, we begin to blend eras and thoughtforms like painters, coloring thin air. So it boils down to: what are you trying to say?

People that love the analog sound sculptures of Ekoplekz or Emptyset or even the modular electrical modulations of Keith Fullerton Whitman or Bee Mask, along with similar futurist beatsmiths like Flying Lotus and Ras G (both of whom have sung Dakim’s praises), will find much juice on 6F00FF.

With every opportunity at our disposal, the whole of history at our fingertips and a billion ways to organize it, we need beat tapes like this, to show us the possibilites, to find our own ways of splaying the guts and atoms out on the grid. To make something personal and soulful. To dream the future.

While yr at it, check out Dakim’s performance from the Boiler Room, to see how it’s done.

6F00FF is available, on cassette and digital, from Leaving Records and beat monolith Stones Throw, out of LA. Get it here.