a cathode ray seance. a watcher in the dark. primordial rites. a stalking menace. the spirit of dark and lonely water. re-animated flesh.

Welcome to another edition of Horrorscores, where we transform yr waking life into a living nightmare.

Today’s contributions comes by way of a request, from one of our regular readers. We reviewed the first volume, as one of the first installments of Horrorscores. As we mentioned at the time, this series is dedicated not only to actual film soundtracks, but also works inspired BY horror soundtracks, that sample from those scores, plus live soundtracks and re-interpretations. We are thoroughly looped in the Hermeneutic circle.

There’s been a lot of interesting theories and speculations as to whether retro electronics have an inherently sci-fi nature, or if that imagery just springs to mind because classic SF had an enduring love for early electronics. Wondering whether a sound has an inherent quality goes all the way back to the earliest days of electronic music, and it can be seen as an illustration of a basic philosophical split between Musique Concrete, which is composers seeking to make music out of natural recorded sounds, and the Elektronische music of Stockhausen and ilk, who were attempting to build a new musical vocabulary out of the building blocks of sound, as emulated and replicated by circuits and oscillators.

This latter school is interesting in that these sounds have no corollary in the natural world, so our limited wetware brains cannot conjure imagery to suit and match. It is entirely alien, completely other, and our nervous systems don’t like that so much. When listening to a piece of music, our brains inherently seek to construct a narrative, even if it is only wondering how a composer has constructed the sounds. In this way, abstract music and cinema go hand in hand.

In a lot of ways, i prefer music for imaginary films above actual film scores. It is a much HOTTER medium, to borrow McLuhan’s phrase, that requires more imaginative faculties. It gets those neurons firing, and instigates actual creativity in yr brain. In this way, artificial soundtracks are perfect for writing, or any number of other creative pursuits, and allow you to create YR OWN horror, rather than just swallowing somebody else’s.

Both Stay Asleep and Other Days have a similar sonic arsenal of hissing oscillators, plodding industrial percussion, arcing electricity, digital piano and tape manipulation, but both are quite their own beast.

Stay Asleep is a scientific seance, conjuring the dead among Jacob’s ladders and bubbling Bunson burners. It lies somewhere between Herbert West’s Re-Animator and Event Horizon, as queasy detuned synthesizers and knocking percussion replicate the feeling of some extra-dimensional being, stalking the dark. Remember, call up not what ye can not cast down, for as the album progresses there is a feeling that the experiment has lost control, and our poor Spiritualists are being terrorized by dark faces of dearly deceased, haunting and taunting just outside of the ring of electrical light.

As is usual for Young, the rough, lo-fi analog quality of these recordings is its greatest strength. Entirely oblique shooting stars of atonal synthesis punctuate the stillness, while the electric pianos place this somewhere in the late ’70s. I read that Young used a Sequential Circuits Pro-One to trigger loops, and the synth is used more as a tone generator than a purveyor of Western Tonality, although the gelatinous bedrock of the 3rd track, “Cast A Circle”, is similar to early electronic keyboard instruments like the trautonium.

If this were the soundtrack to a film, it would undoubtedly be of the abstract variety, an existential sci-fi bummer flick. Stay Asleep is short on melodies and long on texture and ambiance, which suggests that this particular movie would be more atmospheric and less plot driven. Imagine a group of scientifically-minded spiritualists sitting around a round table, with the flickering orb of early electrical light breathing and pulsing around them. Out there, in the dark, names, faces and voices taunt and tantalize, trying to get them to break the circle. 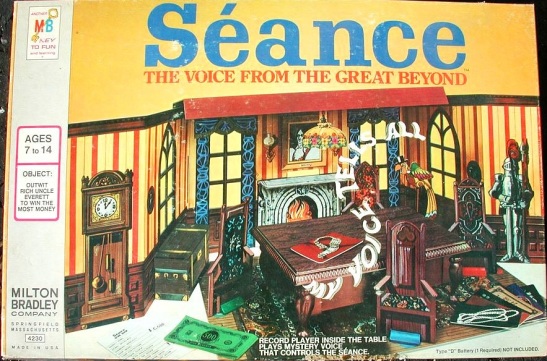 Where most of the music that comes out of the Wolf Eyes camp is enormous, violent, howling and cacophonous, the material on the Regression series is full of subtlety, space and implication.

While i could never pick just one, as i love all of this music SO MUCH, Stay Asleep is my current favorite of the 4 Regression albums. Love that bleak and ominous ’70s piano vibe. If yr looking to transform yr living room into a closed circuit ritual, or to summon an orb of darkness in the afternoon, Vol. 2’s the ticket.

the spirit of dark and lonely water.

Other Days could be seen as the Musique Concrete counterpart to Stay Asleep‘s WDR Studios. It’s also the volume that has the most in common with traditional noise releases, as well as the Wolf Eyes ouevre.

A number of tracks seem to feature recordings of water, sliced up and mangled, which gives this spectral movie a subaquatic feeling, The Black Lagoon or some kraken’s lair. Others feature the sound of arcing electricity heavily, which gives the feeling of a mad scientist’s lair. Dr. Pretorius, gazing at the stars?

This assemblage seems more of a bricolage than the previous 2, less of a cohesive mood, more snippets and vignettes. Its like a mixtape of moods.

As ever, Young’s oscillators sound particularly boss, approximating the sound of a radio telescope monitoring the desert sky.

All of the knocking, scraping, rumbling, hissing, pulsing, pounding and plodding are expertly mixed, perfectly swathed in reverb and delay, making this a gentle listening experience of some difficult subject matter.

I would also like to designate serious bonus skulls for killer percussion sounds, on both records, which Boomkat described as “struck objects, metallic gongs and loose-skinned bass – only strung-out like the sounds of morphine-dosed poltergeist and caterwauling harpies.”

If you’ve been following this series, but have not yet made the leap to the world of Noise Music, this could be yr bridge.

That about sums it up for the week. Let us know what you think in the comments, or if you have any requests for future editions of Horrorscores.