Pants & The Family – Lost In The Wash 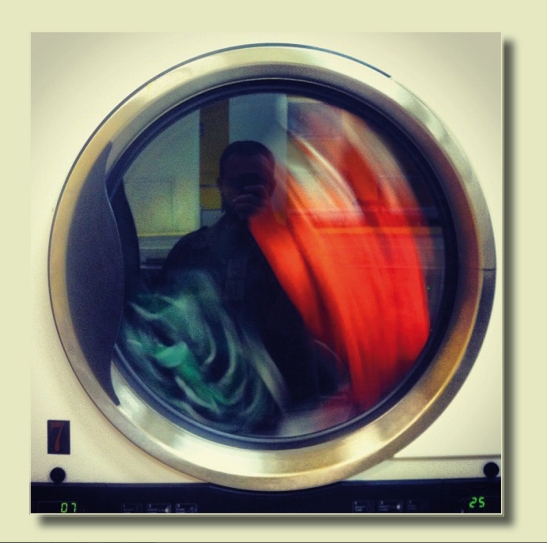 P&TF started when bassist Marc Pietrzykowski, (the 4 string pummeler from 2Rabbit), moved back to New York, and was having trouble finding people to play with. Rather than trying to find “established musicians” to “start a band”, Marc P. decided to focus on people he liked to hang out with, whether or not they played an instrument.

He quickly recruited his wife Ashley (ChuChi LaFace), to play synth, sampler and theremin. His buddy Bill (Bronchi Ducat) played drums in marching band in high school, so he was elected to hold down the throne.

It is this “avoid what sounds normal” that makes Pants & The Family interesting and noteworthy. The lack of guitar pushes the synths and growling bass guitar, into new and unusual permutations, doing things they normally don’t do. The bass takes a much more lead role, a lot of the time, a lot more varied and melodic than usual. It sounds like a guitar, at times, as well as seismic shifts and ominous rumbles. The synths sound like an electronic pedal steel guitar, “The Hex”, as well as the inside of a ’60s sci-fi laboratory.

The test of any album, of any genre, regardless of the size and popularity of the artist, is the quality of the original source signal, and how well it’s recorded. You could be the most innovative songwriter in the universe, but if your recordings and samples sound like shit, you’ll never make it past the first gate. While listeners tastes may be more widespread and encompassing than ever before, we are also very unforgiving. If yr lead single starts off like cheap club music, yr CD/bandcamp/Soundcloud link will be ejected, and never picked back up again.

It is in the quality of the recordings, the full-bodied low end of the bass guitar, and the spacious reverb and analog grit of the synthesizers, that show this is a band worth noting, worth paying attention to.

It creates a solid foundation, a world unto itself, and draws you in, to be flattened by sarcastic stories and a jaded worldview. Like the 2Rabbit record, Pants & The Family are rooted in scathing, caustic satire, as Marc P. sings about mustard gas clouds (“Everybody’s Got A Gas Mask But Me”), love songs to a bartender (“Hey Bartender”), more working class misanthropy (“Caught In The Zipper”) and zombie apocalypses (“Zombie Apocalypse And Bake Sale”).

Those into the throbbing menace of The Jesus Lizard will tear into Pants & The Family’s bottom end, and those into the retrofuturistic satire of bands like Devo or Man Or Astroman? will totally sew this patch on their hoodie. I was also reminded of the smart humor of The Dead Milkmen and Frank Zappa, particularly on the send-up of corporate culture, “Pragmatic Particle”, an update of Zappa’s “Valley Girl” for 2014.

Another reviewer was confused by P&TY’s kaleidoscopic shifting of moods and genres, unclear on when to laugh and what to take seriously. This led him to believe this music only purpose is humor. In response to this, bassist Marc Pietrzykowski wrote:

I realized that most of the reviews of any artistic endeavor I’ve had subject to critique evoke the same confusion, the “what do I do with this” reaction that validates why I make art in the first place. It’s what I cherish in other artist’s work, and what I tend to critique first in art I find wanting.

To make art that eludes easy categorization and produces confused emotional states, yeah, that’s what I like.

Yeah, me too. Pants & The Family have come to the right place, to find an audience that spit in the face of genre and expectations.

Speaking of his other band, Marc P. described 2Rabbit as “a bunch of hicks, really”, who practice next to a Mennonite community, where they can’t get cell reception. In the same breath, he talks about projecting Stan Brakhage films during performances, and namechecks Noam Chomsky and Delia Derbyshire on Lost In The Wash‘s lead track, “Where The Hell Is Pants?”. In other songs he sings about “caramel macchiatos” and “lavender melon body wash”, giving us an interesting insight into how small-town America has irrevocably changed.

People in the Lockport/Buffalo area were originally confused by Pants & The Family, but are starting to come around. “We grow on people, like a fungus,” Marc P. declares. Let’s let that fungal infection blossom and spread.

Like yesterday, any help in spreading the word on P&TY is humbly appreciated. If you do review Lost In The Wash or feature any of their tracks on podcasts, mixtapes, or bodily scarification, let us know in the comments!

You can listen to Lost In The Wash, in its entirety, on SoundCloud.
Or purchase a copy @ Amazon: Lost in the Wash