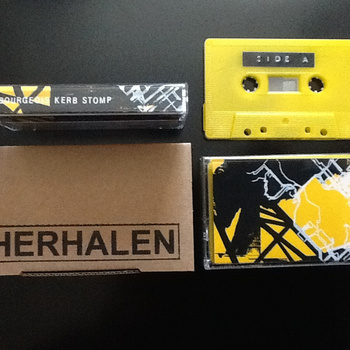 Two sides of tape scuzz, detailing the activities of The Ex-Servicemen, Glasgow’s only dub power trio.

I’ve not yet heard The Ex-Servicemen, but judging from what we hear on this tasty bumblebee yellow missive, they must be one of the strangest bands on the planet. Mournful, sprawling piano dirges, courtesy of Splashy The Blame-Shifter, meet white-hot sheets of sound, via Lenina, and stark and surreal slice of stream-of-consciousness, via Ship Canal, our favorite purveyors of budget dole noise.

Things start off with Splashy’s “Gas Station Homophobe”, a beautiful and plaintiff piano ballad, with rickety embellishments of tape head percussion. Like Library Tapes recording on The Mountain Goats’ 4-track. The reverie doesn’t last long, however, as you are sucked into Lenina’s white-light-white-heat-from-beyond-infinity witches cradle of droning static and feedback, on “Below Me Lay The Wide Waters”. Could this be the power electronics version of Fahey’s “God Moves On The Water”. Like watching Galactus rise over the ocean. There is a sudden and extreme jump in volume, between tracks, which leads me to believe this power trio’s goal is not to seduce, lull, or comfort. As subtle as a sock full of pennies. 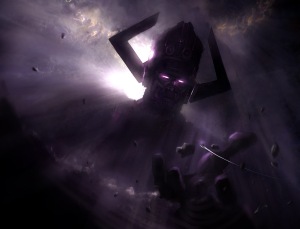 This unease continues on Ship Canal’s first outing, “The Stigma Of Drinking Alone”, a dense and rolling fog of croaking voices, detuned electronics, fifes, electric guitars, rain, rhythms, and Turkish mysticism. This drunken debaucherous room is full of voices and ancient wisdom. Do they seek to help and enlighten? Or do they masquerade, in an extended campaign of progressive entrapment, like Captain Howdy or David from Witchboard? Also sounds like a group of hashishin jamming on Tocatta and Fugue in D Minor.


These first three tracks set the pace and tone for the rest of the album, where harsh power electronics give way to darkened drones, and abstract collage soundscapes, leading you further and further down Shiva’s tunnel, approaching the event horizon of that final blink. It can also be read as an attack or a condemnation on Late Capitalism, in all its smugness and its premature victory lap. This is what it might sound like if the Morlocks were to get their hand on a couple of oscillators and distortion units, holding subterranean rituals deep in the night, while the Eloi huddle in the dark.

You can ignore us, but we will never go away. The Ex-Servicemen adopt the tools of production and communication, to strangle the status quo with telegraph lines, ramming jammed fax signals down their throats like so much rotten chum and cheap bread that we are forced to subside on. In the dark, in the underground, we grow mighty and disaffected, sharpening our razors and our minds, spurred on by hunger and isolation.

A particular highlight of Bourgeois Kerb Stomp is Ship Canal’s “Communicating Directly With The Restaurant”, which might be the sound of gray data, or if Yelp were to develop an artificial consciousness and start constructing artsy ambient soundscapes. Reminds me of Dolly Dolly’s surreal and sinister commentaries on British bleakness, but even more stripped of humor and magick. This is the sound of receipts and wrappers, fading back into pulp and mud, in the gutters of decaying cityscapes, that themselves are fading back into the earth.

All contained on 2 sides of cheap yellow tape, available for a fiver, and labelled like a dollar store’s going out of business sale. Each tape comes with original screen-printed artwork by Vickie McDonald, a unique, hand-numbered Polaroid photograph by Victoria Stevenson, and a hand-stamped cardboard outer sleeve.

Strong stuff, here, reminding us to not go gentle into good night. Stand up and fight. Fight the machine, with misinformation. Jam the lines, with busted signals. Turning a feedback loop on the smug bastards, until they choke on their banal data and marketing algorithms.

Herhalen looks to be a label to watch, with 3 quality tapes coming out in the last 4 months Expect to hear more, so watch this space, and their bandcamp.