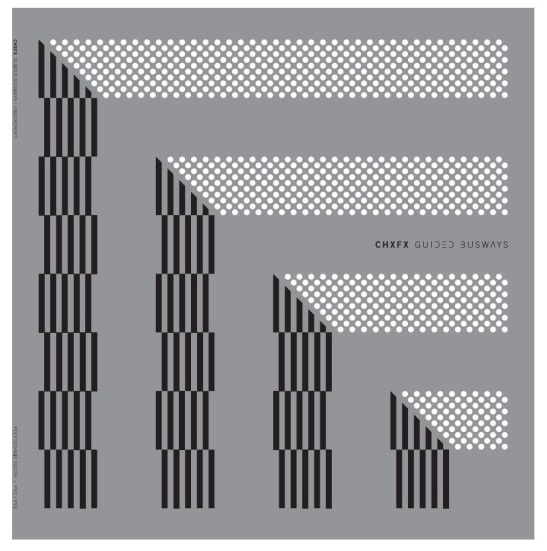 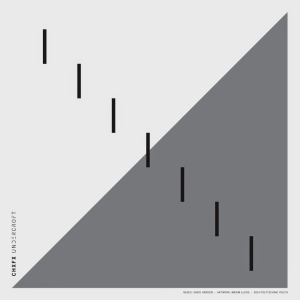 Electronic music seems to inherently conjure images of the speculative and the sci-fi. Whether it’s because classic sci-fi filmmakers took to the electronic instruments early, as a way to evoke alien, otherworldly soundscapes, going back as far as the eerie tremolo of the theremin, or simply because the blips, bleeps, drips and drones have no antecedent in consensual reality, synthesizer records remain a surefire portal to the unseen, the realms of the unreal.

CHXFX is the more experimental, improvised pseudonym of Nochexxx‘s Dave Henson. With ‘Guided Busways/Undercroft’, CHXFX tethers the imaginal to the real, overlaying revisionist history and possible futures over his native Cambridge.

‘Guided Busway/Undercroft’ is part academic synth record, part modern acid abstraction, part library music, and part musique concrete cut-up. The A-side, ‘Guided Busways’, is made up of short vignettes, ranging from :07 to 3:18, and sounds like production music for some documentary about micro-processors or gamma rays. A staggering array of glistening oscillators, rhythmic noise, and modified field recordings transform yr pad into some mad laboratory, and take you on a journey through machine-elf tunnels to a giant pulsating brain at the center of the universe. The real-world recordings – rushing wind and popping corks – give this electronica a more earthy feel, like he’s remixing yr dreams of childhood, caught on some infernal loop, going soft around the edges.

There is frequently a sneaky, furtive subterranean vibe to ‘Guided Busways’, that sounds like exploring vast glowing caverns, which gives way to a more open sky feeling, as oscillators fall like the Geminiads. It sounds like crawling through Fax cables, if they were dripping with stalactites. Air raid sirens and horrorshow synths give an ominous feel to the proceedings, as does the lonesome howling wind and anti-gravity particulates.

‘Undercroft’ is the more ambitious and striking of the two sides, one track clocking in 17:00. ‘Undercroft’ is made up of processed field recordings from the world’s oldest skate park, in support of the Long Live Southbank campaign. This reunites the world of academic electronics and street punk skate culture, as if Afrika Bambaataa or Grandmaster Flash were cutting up Paddy Kingsland and Throbbing Gristle records. Conceptualism and good cause aside, ‘Undercroft’ sounds stellar on it’s own, mixing Pink Floyd sequencer freakouts with ominous distant echoes, and a gradual pulse coming on, like walking in the cavernous heart of some great cybernetic beast. This is guarantee to gently puree yr thoughts, first thing in the morning, or take you to through the Earth’s crust in an inverted dust devil, last thing at night. The unpredictable, organic quality of the source material are a great relief, from the clinical and often sterile worlds of polished and predictable electronic music. Perhaps there are some new thoughts, after all, new vistas to explore.

In this CHXFX suggests an alliance between the earliest schools of electronic music – from the BBC’s Radiophonic Library, with their make-do alchemy, and France’s GRM and Stockhausen’s WDR Studios. This is the sound of machines, speaking to themselves, which is then further manipulated and fine-tuned, making the best of both worlds – the spontaneous excitement of improvisation, with the technical precision and mastery of composition.

Anybody that digs the old avant-garde biz i’ve already mentioned, as well as fans of recent esoteric electronic records, from the likes of Bass Clef, Hieroglyphic Being, Ekoplekz, or what’s been coming out on Pan Records, recently, will delight in this odd audio odyssey.

This record is gone at the source, unfortunately, but well worth listening to the clips, reminding us all to not sleep on the Nochexxx.
NCHX fb
@Nochexxx
.com
Polytechnic Youth