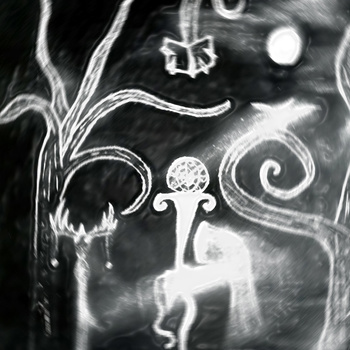 It is a lonely path, exploring the darkness. Which makes coming across a fellow traveller on those shadowy roads all the more fascinating and unforgettable. It is rare, and beautiful.

– from A Remembrance Of H.R. Giger, by Clive Barker

In 2005, i had the unenviable honor of writing the eulogy for my best friend at the time, who had taken his own life. (Let’s hear it for having a gift for words. Weddings and funerals are my specialty.) I found myself returning to the living, over and over. I couldn’t find much to say, for the deceased; he made his choices, and it was not exactly a surprise, for those that knew him well. Instead, my reflections were geared towards the living, about remembering our dearly departed, and not succumbing to the same darkness which had claimed him.

Death impacts us all in so many different ways, calling up such a dense and tangled skein of emotions, it is difficult to express. On top of this, it is a topic which nearly everybody is highly uncomfortable with, unwilling to dip into the messy pool of emotions and reach the other side.

Psalm Of Solitude, from upstate New York dark ambient producer Atman’s Unreal, one of the moniker’s of Ryan Rock, explores these many faces of death, over the span of 9 tone poems. Psalm Of Solitude was written as an exegesis of the suicide of two people, close to Rock’s life; his father, and his uncle, both of whom took their own lives. His goal was to use pure music to open a portal to the Otherworlds, in an ever darkening journey, that is based on sound metaphysical research and spiritual traditions.

Things start off reflectively, with the undulating rivers of liquid light of “Book Of Divination,” an opening of the way that gives the sensation of sitting in a sun-dappled room, as wispy clouds cast flickering shadows. It is timeless and bittersweet, more reflective than melancholic. A sense of eeriness creeps in with “Tool Of Ritual”, as a metallic scraping noise is fed through the echo chamber, a noise which recurs several times throughout Solitude. The use of echo and reoccurring samples gives the sensation of a broken tape thought loop, as we play through the “what if”s and self blame and just plain loss, that is typical of the grieving process.

“Relic Of Occultation” is a timeless void, with a sustained bass tone playing the part of infinite blackness, while higher harmonics rise and fall, like the voices of ashen specters from the abyss. There is a rumble, like distant thunder, which suggests there’s a storm brewing. Something wicked this way comes. It is an elegiac work, full of subdued menace, when the bass crackles and roars.

Hell’s infernal machinery crank up on “Temple Of Chaos” – the menace is no longer implied, but in yr face, being the most ominous and terrifying track so far. The bass snarls like a sentient ink ocean, while horrorscore synths glow like some bioluminescent bone cathedral. This is a paean to suffering, which knows no ends, an imaginal anthem for the City of Dis. It’s also bloody good dark ambient/blackened noise.

I won’t detail every step of this journey into Outer Darkness, as it’s a highly personal, subjective experience, that should be experienced. Like grief itself, it’s bound to be different for everybody. As we turn towards the dark season, i invite you to swim in Psalm Of Solitude, and remember those who are no longer with us, and reflect on life, in the shadow of it’s absence.

Psalm Of Solitude does not need a catchy backstory to stand on it’s own, as compelling music. Ryan Rock’s goal with music is to “pursue new territory in sound through spiritually experiential music.” Quite simply, dark ambient music, and electronic music in general, is capable of exploring new realms of harmony, which hint at the possibility of a new vocabulary, beyond trite re-imaginings of past glories. Take the album opener, “Book Of Divination”, with its calm and stately solar synths. I’m pretty sure the motif is the common F – Am – C progression, heard in billions of folk and pop songs, but in this instance, a new life is breathed into familiar territory, turning these notes into floating islands of sounds, adrift on a luminous silvered ocean. With synthesized and longform drone music, sounds go together that usually shouldn’t, and we are left with a more complex and variegated emotional language. We are able to express ourselves more clearly, and vibrantly.

Music, out of all the artforms, is the most open-ended and personal medium of them all (although it might share that position with painting); especially instrumental music. It is experienced inside one’s self, and doesn’t tell you what to make of it. It fills yr psych with memories, thoughts, and emotions, which are different for each listener. The end result is a deep and real connection with the composer and the audience, when two souls collide.

In Clive Barker’s tribute to Giger, which I quoted at the beginning, he concludes with “His artworks mapped majestic territories that made those dark areas waiting in the deepest chasms just that slightest bit less terrifying, because here was a man who visited the abyss and lived to tell the tale.” Ryan Rock is just such a man, and we are all a little less alone and afraid, because of it.

While it may be hard to find people to listen to and relate on the darker sides of the human experience, in daily life, dark art is the perfect place to find kindred spirits, to locate those who not afraid to gaze into the blackness. Because that is the way towards the light.

Let this be the soundtrack for your coming rituals and remembrances.

Along those lines, Rock sent me a message, saying he would be conducting a special Samhain ceremony, to confront some demons, and asked to spare a thought or send a prayer his way. I invite the Forestpunk community to join in, in this, forming a silvered web of intention from around the globe.