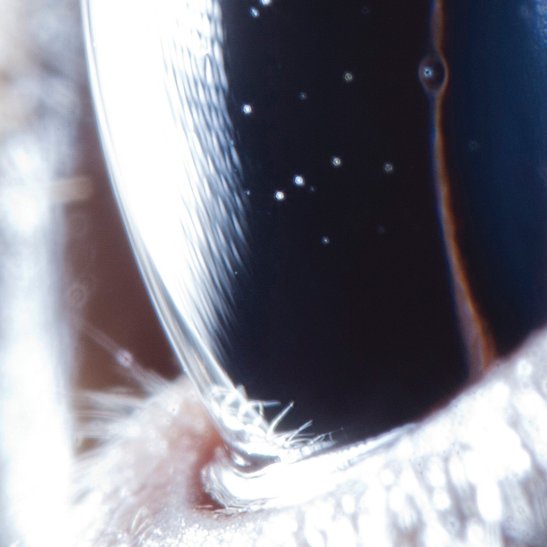 Electronic music has always been linked to modes of transportation. From Kraftwerk’s evocations of the futuristic Audobahn, to their just as fastidious take on the Tour De France on Tour De France Soundtracks to the acousmastic road trip sound collage of The KLF’s Chill Out, to the deep space radio telescope drift of dark ambient music like Lustmord and S.E.T.I., electronic music seems to parallel and embody the way we get around, as well as the intended destination.

It seems, after years of lifestyle marketing; and the harsh, grueling pragmatism that comes from living in a perpetually downturned economy, it seems that FINALLY, electronic producers have returned their attention to the stars, to the impractical. We’re finally eyeing THE FUTURE, rather than moping about the past or gesticulating about Top 40 pop.

Bass music – the genre formerly known as dubstep, particularly UK Dubstep, was particularly primed for future exploration. Although (loosely) rooted in dancehall/dub/reggae/soundsystem culture, dubstep seemed like one of the first genres to fully embrace the disembodied, digitized possibilities of infinite sonic processing and manipulation. This is, after all, what electronic music is intended for. The world of presets and mass manufactured synthesizers was essentially a mis-step, brought about by financial backing rather than advancing music (or musicians). Instead of endless vistas of strange and previously unimagined worlds, we get more of the same ol’ same ol’, ho-hum ho-hum, as Delia’s dreams and Karlheinz’s epiphanies were yoked to plasticine synthpop with white sweaters and coke habits.

That’s part of why dubstep’s decline seemed so heartbreaking. On one hand, it was inevitable – we are, after all, just little rodents in flailing flesh puppets, as prone to chemical conditioning as the rest. The “drop”, the ubiquitous wobble, floods our nervous systems with endorphins, like we’re tiny mice in the shadow of some colossal raptor. It’s a thrill, that we repeat over and over and over…

If you’ve spent any amount of time listening to electronic music, particularly the dance variety, you know instinctively where those drops should go, to drive the audience into a frenzy, completely melting their faces with wave after wave of sub-bass. It’s a neat trick – it caught on for a reason.

The question remained – where do we go from here? For a time, it seemed all that was left to do was to devolve into endless iterations of internet genres. It seemed impossible to pinpoint the pulse of the moment, making it seem that we were endlessly marking time, treading water, even while the floods continued to rise.

Next came a flood of raw, rough, and ready electronic producers briefly for a moment referred to as industrial techno. The rough, coruscating bass drops from the likes of Regis, Prurient, and Leyland Kirby aka The Caretaker’s rhythmic evocation of lost and lonely cities, The Stranger, seemed to simultaneously evoke damage and decay, while still keeping an eye on the horizon. It seemed, for a moment, we had an electronic music for our time and circumstances, even if the outlook was kind of bleak, suggesting a way forward for both electronic as well as noise music.

It didn’t take long for the critics to turn on this trend, as well, beginning to rail on Dominick Fernow and Carl O’ Connor. Excellent and exciting new sounds continued to emerge, from a wide berth of interesting labels, just usually under a different name.

With Third Law, the third full-length from Roly Porter, the producer has managed to blend the precision and imaginative sound design of dubstep/bass music with the rough, textural force and ferocity of industrial techno/call-it-what-you-will, in a sonic approximation of a celestial journey to the edge of the known.

Part of what makes Porter’s albums and compositions stand out from weak-kneed imitators is the narrative thread that ties his work together. His first album, Aftertime, was loosely based around the planets in Frank Herbert’s Dune, envisioning what radio wave transmissions from the places might sound like. 2013’s The Life Cycle Of A Massive Star, was even more epic still, imagining the rise and fall of some behemoth Red Giant, from nucleus to black hole.

The concept for Third Law is more loose and abstract, revolving around the idea of “Known Space”, explaining the title and presence of the penultimate, final track, in all its shimmering, shivering, stuck-in-time glory.

Third Law is unique in that it finds the producer bringing in rhythms for the first time, under this moniker. For those who don’t already Know, Porter rose to prominence as half of the influential dubstep duo Vex’d, who were a highlight of the genre, with their crisp, precise rhythms and futuristic sound design. It seems that Jamie Teasdale was the rhythmic one in that relationship, as he’s gone on to even great beat fortunes as Kuedo, while Porter describes himself as having “an unnatural sense of rhythm”.

That’s no bad thing, in this forest. We’re tired of basic-ass 4/4 thuds and tired hip-hop cliches. Bring in the complexity! The twitching firmament!

Still, don’t expect the next Jack U single to emerge from these depths. Porter’s compositions sound more like tectonic field recordings or desolate alien factories than X-ed raves.

Porter manages to pull off the difficult feat of not becoming too ominous, either. It’s just the right amount of vastness and existentialism, while still remaining rooted in classic electronic and dance music. There’s even a “jungle single”, with the monolithic “In Flight”! Insider Tip: from the man himself

I hope so. I know from experimenting recently in various mixes, it’s definitely possible to portray [the album] in a dance floor environment—you just have to soften the more confusing rhythms with something a bit more straightforward. For example, the track “In Flight” is at 170 bpm, and although it’s got a slightly strange structure rhythmically, it could technically be played with jungle. Now, I’ve never been a great dancer, and I’m beginning to think that I have a particularly unnatural sense of rhythm, so to me “In Flight” is an exciting dancehall track. But I don’t think anyone else is going to see it that way [laughs]. The Fader, Roly Porter interviewhttps://www.thefader.com/2016/01/22/roly-porter-interview

The fact that Porter is soundtracking the unknown strikes us as a very good sign. Anti-matter nullifies creation, making room for new forms to emerge. While anti-matter is impossible to conceptualize, it is important to meditate on, if only to leave some room for the imagination.

After all, can we possibly have seen it all, done it all, know it all? At this point, it seems a bit dismissive to say there is “nothing new under the sun”. There is A LOT under the sun, and to suggest that we’ve seen all there is to see, let alone understand 1/1,000,000th of it, is hubris, pure and simple.

So here’s to the return of bass music & futurism!

Get Vinyl/CD via Amazon/iTunes
Listen on Spotify

a note on Amazon links: every once in a while, we link to products available on Amazon. These are affiliate links, which give us a small percentage of sales. If yr planning on doing some purchasing, using our Amazon links allows us to spread our righteous unholy fire! You can also purchase directly through our Amazon and eBay portals.

Want to support Forestpunk but don’t want to buy stuff? You can donate through PayPal, as well. Every cent helps us create better coverage of all things darkly magickal, newage and speculative. You can also stay connected by liking the FB page, following us on Twitter, Pinterest, and Tumblr.
Thanks for reading! j/fp

2 comments on “Into The Anti-Matter: The Blasted Bass Music Of Roly Porter – Third Star (Tri Angle)”