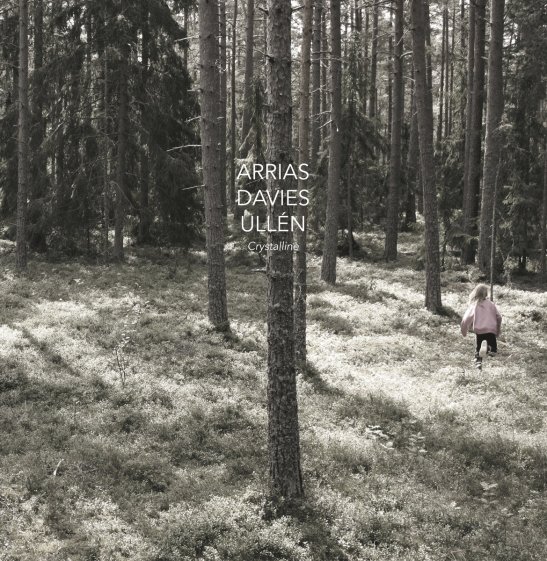 Crystalline is a group improvisation rooted in tradition yet flowering into new, strange, and unexpected shapes.

“New music” – that strange amalgam of classical, free jazz, and improvisation – requires a delicate equilibrium. It must push forward into uncharted territories to be terribly noteworthy. Yet it must retain some element of the familiar to qualify as music at all, let alone something people actually want to listen to. Modern composers must find that balance between the traditional and the forward-thinking. Veer to far in one direction and you’re left with a program of John Williams pop classicism. Lean to far in the contrary motion and you’re left with sheets and sheets of unlistenable sound.

On Crystalline, a trio of highly-skilled improvisors and composers get together to explore this delicate tension. Which – to the credit of Johan Arrias, Angharad Davies, and Lisa Ullen – they pull off miraculously.

Crystalline is an exploration of the disparate musical backgrounds of the trio, exploring the commonalities and searching for fissures. Built solely around the sparse skeleton of Arrias’ woodwinds, Davies’ nerve-shredding violin, and Ullens’ atonal piano, Crystalline sounds somewhere between a soundtrack for an arthouse horror film and organic molecules conjured out of thin air.

Crystalline begins with “Undercurrent,” the lengthiest and most ambitious track on this rather short LP. Johan Arrias’ saxophones becomes a breathy buzz, like some bronzed mosquito, while Ullens’ piano carves out ominous tone clusters, ripped straight from an Alfred Hitchcock soundtrack. It’s not scary so much as tense, more of an arthouse European thriller than an 80s slasher. This drawn-out tension continues throughout the album, with both woodwinds and violin being used more as tone generators and drone machines than anything melodic. This offers the performers a chance to explore the extended techniques of their respective instruments, like the serpentine vibrato of Johan Arrias’ sax on “Rydal Mount,” or Davies’ trembling tremolo and nerve-pricking pizzicato, rounded out nicely with Ullens’ spartan piano. The best improv requires restraint, listening, and a mastery over an instrument’s techniques. On Crystalline, Arrias, Ullen, and Davies reveal themselves as masters of each.

Johan Arrias takes great inspiration from the reedy physicality of his alto saxophones and clarinets. As such, his longform, languid acoustic blasts and blats bring to mind the soundsculpting of latter-day Coltrane, the non-harmonic emotional angst of Albert Ayler, and the rough, bronzen burr of Gerry Mulligan’s baritone. Angharad Davies’ violin owes more to her Welsh origin, rooted in a kind of medieval monophony, like the raw scraping drone of a hurdy gurdy, by way of some of the 20th Century’s most famous minimalists, LaMonte Young and John Cale, specifically. Both Arrias and Davies tend towards more sustained tones, creating a harmonic foundation that holds the hold ramshackle creation together. It’s a robust skein for Lisa Ullen’s clusters of piano notes to glow and radiate like clusters of angry tourmaline and hopeful jasper. It’s as much modern sculpture as it is music. Crystalline is all the better for it.

It’s a robust skein for Lisa Ullen’s clusters of piano notes to glow and radiate like clusters of angry tourmaline and hopeful jasper. It’s as much modern sculpture as it is music.

It’s modern classical, jazz, and improvisational music‘s job to keep pushing the language of music forward, that we may continue to develop a more nuanced vocabulary. Of course, some of the limits of more traditional music still stand, mostly that someone knows how to coax some sort of sound from their instrument of choice. It’s Crystalline‘s ultimate victory that for all of its strangeness, its lack of melodies or conventional harmonies, it’s still quite pleasant to listen to. Arrias’ woodwinds never become harsh, shrieking, or abrasive. Davies’ violin unnerves but never alienates, while Ullen’s geometric keyboard clusters are employed with a Monk-like mastery. It’s not that often that you hear a really red-blooded, vital improvisational music, making Crystalline a delight for tired ears, indeed.

Want to support music journalism? Every donation allows us to further spread our mad magickal mission!