Second Moon Of Winter – One For Sorrow, Two For Joy (Denovali Records) 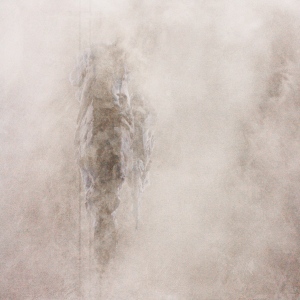 Second Moon Of Winter – One For Sorrow, Two For Joy

Classical music, metal, electronic, and improv have always been like neighboring galaxies in orbit – revolving around another, occasionally intersecting in bizarre and glistening constellations, yet never fully superimposing, succumbing to each others’ physics.

What comes of this is a certain delineation; an in-built limitation. You get orchestra musicians that don’t know how to improvise, and you have basement dwelling indie rockers that don’t explore that many shades and hues of clarinets and oboes and duduks. You get pirouetting, firebrand free jazz saxophonists treading the floorboards to a ghost audience, while electronics are still pigeonholed as goodtime hedonism, ignoring the latent sci-fi volk vistas that are capable of producing.

The trouble is you get musicians dishing more of the same, as genres concretize and congeal. In the vernacular, there’s really only so many stories you are capable of telling them.

One example of this, which is entirely pertinent to this debut offering from Cork, Ireland’s Second Moon Of Winter, is opera. Opera seems inherently weight with attributions of opulence, of the gentry in their finery gathering for a Saturday evening gala. The setting lends itself to epic-ness and romance; after all, who wants to hear an aria about afternoon, or see a quiet, slice of life pantomime, full of unnerving, discordant strings. It exists, but it will always be, shall we say, marginalized.

Second Moon Of Winter are a group of musicians who have known each other for a while, but this was their first attempt at sonic experimentation together. The music is built around the unique and interesting backbone of clarinet and guitar, which is then overlaid with the even more interesting addition of operatic soprano and slight speckles of vintage analog electronics.

One For Sorrow, Two For Joy was captured in a basement near the sea in Cork, Ireland, over a span of intensive rehearsal sessions. Improv was embraced to exand creativity and bring new ideas. This can be heard most obviously in the libretto, vague, poetic, imagery, in a high, crystal-clear soprano, which transforms into a sonic warble or a banshee wail, with little provocation. The result is as if Haruki Murakami were to supply the text for a Philip Glass ballet, which was then played from an answering machine.

This is just an example of the surreality which can be unleashed from such from such a confluence of musical genomes. Jazz makes its presence known as well, in the clarinets – the specter of Gershwin’s Rhapsody In Blue, suspended in time and viewed from faraway, hangs around the proceedings as well, adding another layer of jazz age imagery over the already dense brambles of the opera house and the band shell. Longing, madness, remorse, anxiety – One For Sorrow, Two For Joy sings in a vocabulary of implications and subtle shades, like light through the blinds.

All of this is imbued with a sense of might, as well as muscular longing, from the clouds of electric guitar, which are aligned with the avant-metal mutations of the last decade, but always restrain, never roar and overwhelm and strain the delicate cobweb of music. Clarinets and electric guitars rubbing coarse textures is one of this album’s main joys.

You really get a sense of being in the damp basement with the musicians. They really captured something, let you in on an experience. The band resisted the impulse to endlessly tweak and process the raw audio, instead enhancing the natural resonance and acoustics. It works well, and the production holds up brilliantly to the approach, mellowing out a lot of the shrieking, squeaking high end free improv can contain, while also siphoning the mud that can come along with metal, preventing this from becoming a cavernous drone bath.

Denovali keep up a prolific and prodigious output of a number of adventurous genres. They seem on a mission to submit classicism, in various aspects, back into the world, mostly in the form of jazz and classical mutations.

In Second Moon Of Winter’s own words:

SECOND MOON OF WINTER is to be silent, to listen and ﬁnally to create a picture out of that listening. It is a meshing together of sounds that touch and clash in their different atmospheres yet bathe together in a tense harmonic understanding.

– from the press release

That’s one of the things that brings us to this place, bringing disparate threads together, for greater understanding, and ultimately, towards the goal of making the best possible art.

What may follow may be a meandering pathway through eras, genres, moods and mediums. Magazine clippings and answering machine confessionals. There’s no telling.

If there’s something you’d like to see or hear, let us know in the comments, or drop us a line on Facebook.

I am making more time for classic things in my life. I am less interested in keeping up with the clamor, or appearing a certain way, and am seeking the depths. I have found that worrying about what to write prevents me from writing in this space, prevents the Forestpunk tapestry from weaving itself. So, i’m vowing to stop that.

Second Moon Of Winter – One for Sorrow Two for Joy

One comment on “Second Moon Of Winter – One For Sorrow, Two For Joy (Denovali Records)”